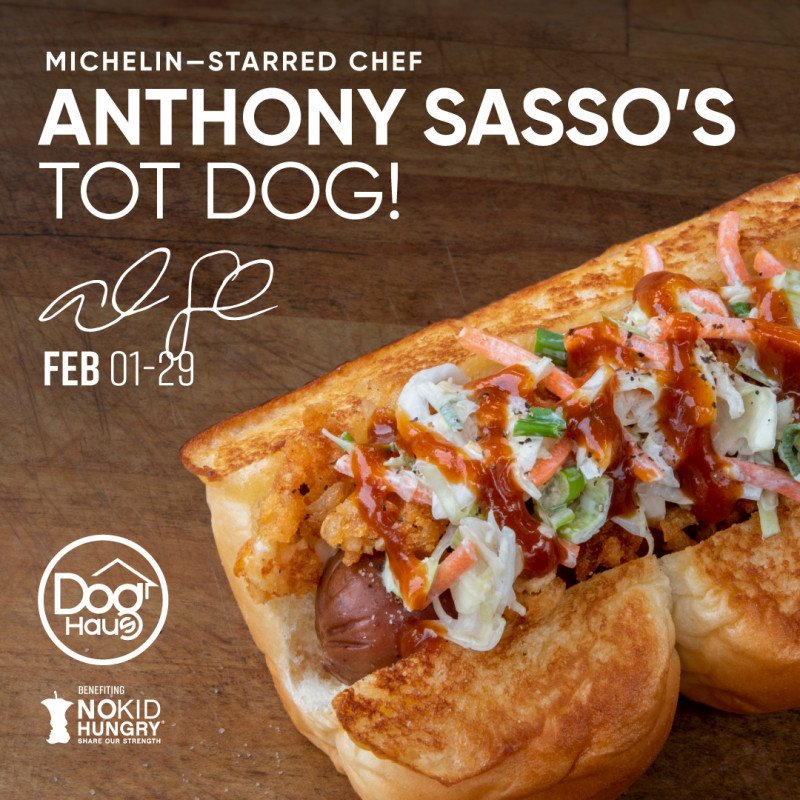 New Limited-Time Item Created by Michelin-Starred Chef at Do

Dog Haus is bringing in the culinary expertise of Michelin-starred chefs to support its fight to help end childhood hunger with the return of its successful Chef Collaboration Series.

Each Michelin-starred chef featured in Dog Haus’ 2020 Chef Collaboration Series works closely with Dog Haus’ culinary team and Würstmacher Adam Gertler to craft items showcasing their exclusive style. Beginning in February, Dog Haus will feature a new food item every other month that will be available for a one-month run. Every Tot Dog purchase can help provide up to 10 meals to kids in need through Dog Haus’ national charity partner No Kid Hungry, whose mission is to end childhood hunger in America.

Stay up to date with the latest sales and events